Check out some of ILP shots that made it to this brand new trailer for Everest. Looks exciting!

VFX by: ILP, Framestore, RVX, One of us, Union vfx

Release Trailer for the iOS game “Riddick – the Merc Files” by Gaming Corps.

Some excellent work with mattepaintings for a good cause from Swiss.

Once again the Ghost team shows everyone their great capacity!

A Royal Affair   | a royal projectA Royal Affair is a pitch perfect period piece by director Nikolaj Arcel. It is based on true historical events that every Danish child is taught about in school; The love triangle between the mentally unstable King Christian the 7th, the Queen of Denmark Caroline Mathilde and a common German doctor Johan Struensee.

After winning two Silver Bears at the Berlin Film Festival, A Royal Affair is now on general release in the Danish Cinemas and has been extremely well received. So far more than 320.000 Danes have been to the cinema to watch it and it has been sold to more than 75 territories. Ghost was involved in the project all the way from the initial VFX breakdown to the red carpet premiere and helped bring more than 100 shots to life, including extremely challenging scenes where we had to recreate large parts of Copenhagen as it would have looked in the 1700’s.

We had the pleasure of being introduced to the show long before the actual visual effects work began. We were invited in as part of the creative team behind the movie and it has been amazing to see the extraordinary efforts that everyone put in. The result is a fantastic film which we, needless to say, are very proud to have been a part of.

Lost liner has also updated their home page with a selected work page. Great work and thanks again for the tip. 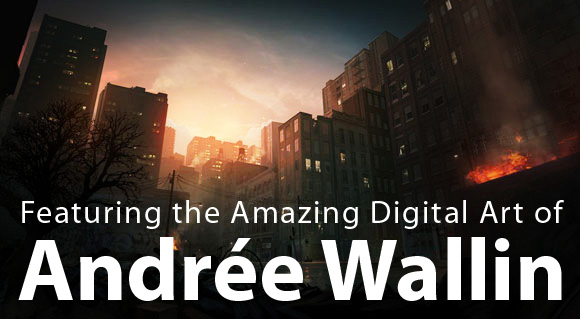 From the first look at Andrée’s profile, you will realize that you are in front of a very talented young artist that has a great flow of creativity and passion to art. Andrée Wallin is a 27 year old Swedish artist that started working with digital art in 2006 and became a freelancer in the digital art field and for the concept art of many projects. Andrée worked for clients such as Radical Comics, RealtimeUK, The Story Co.and others. He also worked on many projects to create the concept art for these.
Andrée’s digital artwork and digital art is remarked with the dark colors and sharp lights that gives a dramatic impression over all the digital artwork. His artwork shows a deep understanding of the space in the artwork and the composition in the scene.
When you view his artwork, you find different styles of artwork that vary from realistic scenes to impressionism style and from the dark scenes to daylight scenes. Andrée has skills with tools that allow him to be able to convert creative ideas and fantasy scenes into amazing digital artwork.
Below are some of his amazing artwork and you can find out more about him, his projects and  his artwork on Andrée’s website. 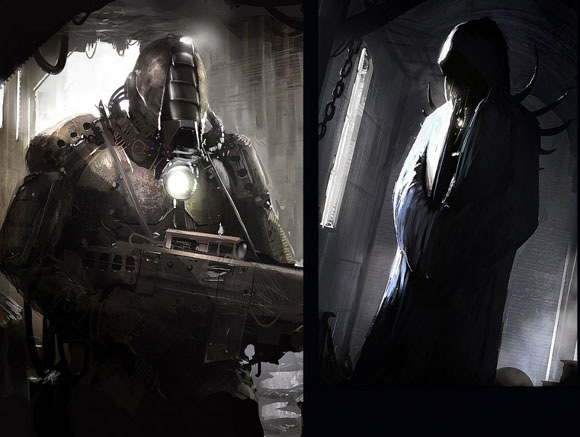 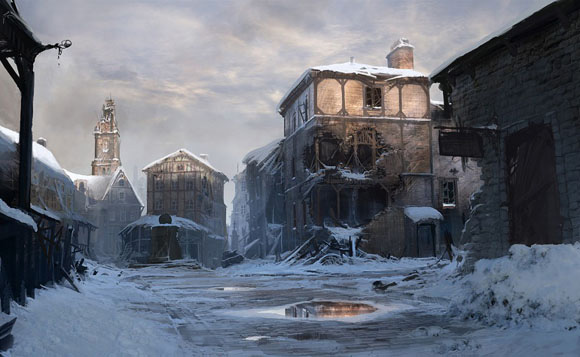 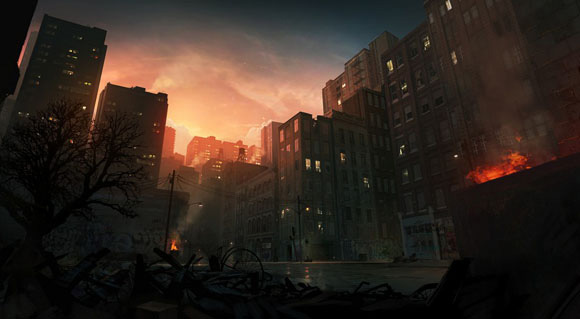 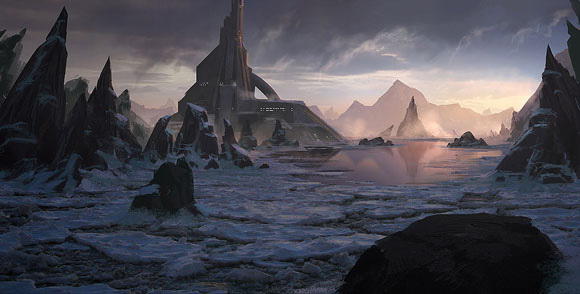 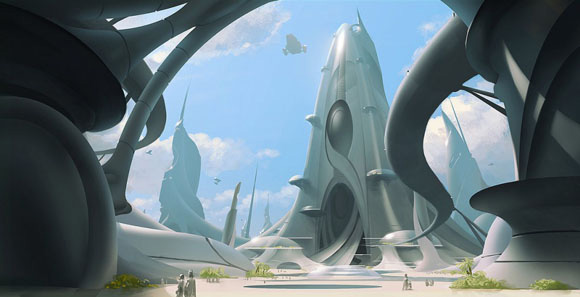 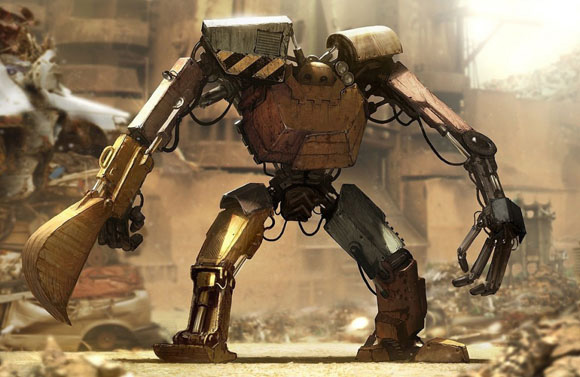 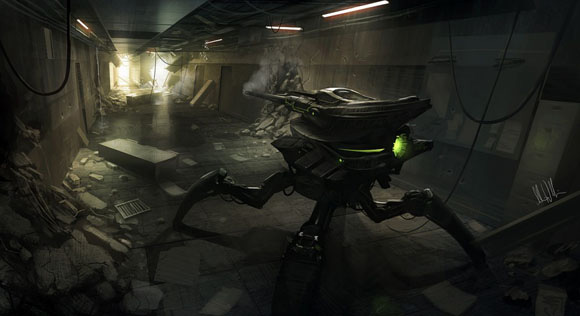 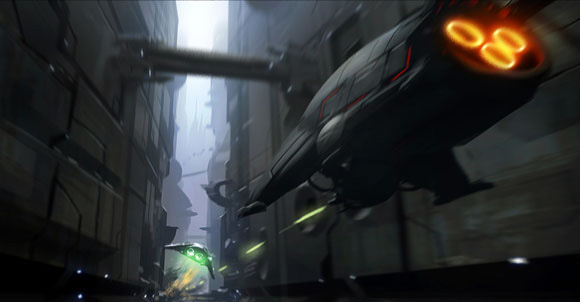 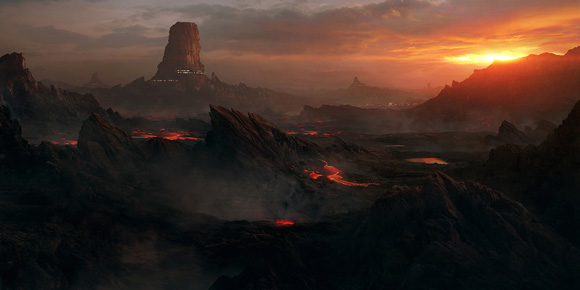 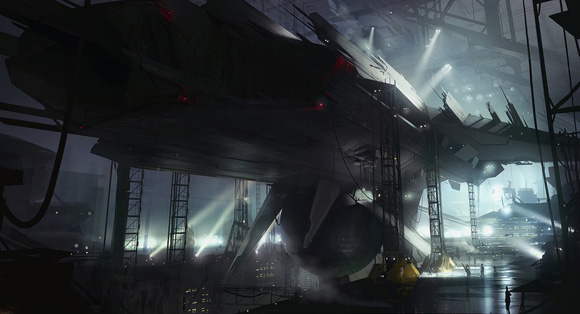 Deak Ferrand has worked for more than 15 years in visual effects as a matte painter. He was on the team that won an Academy Award for the Best Visual Effects for WHAT DREAMS MAY COMES. He has since founded his own company, Hatch, and has participated in a large number of film projects such as RIDDICK, CONSTANTINE, SHOOTER, THE ASSASSINATION OF JESSE JAMES, RED CLIFF and WOLVERINE.

What is your life path?

I left Switzerland to go to Montreal where I had heard that there was a 3D school, NAD Center, teaching Softimage. I attended night school there. After about 6 months the people from Buzz Effects Montreal came to teach us what they do. Each of us had to make an animation for our demo reel at the end of the year. When I met Rick Ostiguy from Buzz, he saw what I was working on and really liked what I was doing. He soon asked me to come to Buzz. They initially hired me for two weeks to work on one commercial and afterwards they asked me to stay. I accepted and it is there that I learnt everything about post production.

Matte painting is a visual effects process which combines 3D rendering in programs such as 3DSMax, Maya, and Fusion, along with hand-painted and photostock elements to create a seamless visual environment.  For feature films, this matte painting environment is then used along with camera techniques to composite the actors into a virtual 3D scene while maintaining natural lighting and realistic environments.  Matte paintings have been used in many films, from the Wizard of Oz, all the way up to James Cameron’s smash hit, Avatar.

This post will showcase 30 incredible matte paintings from the most talented matte painters around, including Dylan Cole, Dusso, and Frederic St-Arnaud.  Movies showcased include Star Wars, Lord of the Rings, Pirates of the Caribbean, The DaVinci Code, and Sin City.  This post isn’t necessarily an endorsement of the film, but instead, focuses on the stunning visual effects displayed.

If you’re wondering why there are no matte paintings from Avatar here, most of the matte paintings have not yet been cleared for release.  However, you can check out some DVDs from the artists involved over at The Gnomon Workshop, who recently saluted the artists of Avatar.

Enjoy the artworks, and special thanks to all the artists for creating breathtaking works of art that leave us dazzled film after film.

The Lord of the Rings

The Chronicles of Riddick

Night at the Museum

Pirates of the Caribbean