Great stuff! ILP’s Kon-tiki breakdown in the this great article about 10 VFX reels that show off the Most impressive Movie Magic of 2013. 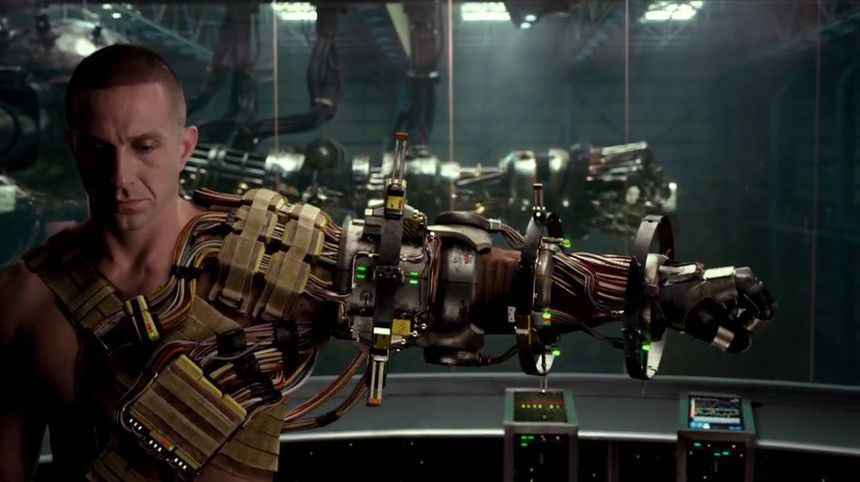 It’s easy to complain about movies having too much CGI these days. All too often the digital work in films is poorly executed and only stands in glaring, cartoonish contrast with the real material on-screen (take the aerial assault on the White House in Olympus Has Fallen, for example. Or any frame of R.I.P.D.). When it’s done right, though, you don’t even notice it’s there.

That’s not always the case with the below collection of VFX reels. Not everything is flawlessly executed and photo-realistic. However, when you see the before and after on a lot of these, your mind may be blown just a incy, wincy little bit. To that end, here are some of the coolest visual effects from 2013 films– at least that already have VFX reels online. We’re waiting on you, Man of Steel.

You probably haven’t seen Stalingrad, as it won’t open in the United Status until February of this year, but this film about one of the largest and most influential battles in WWII has been a huge hit in its native Russia, where it broke a bunch of box office records to become the country’s highest grossing domestic film. It’s also the first Russian film made using IMAX 3D, and that of course means it’s got more than a few visual effects in it to fill up that supersized frame.

Kon-Tiki, the true story of a Norwegian explorer charting his way across the Pacific using only a raft made out of balsa wood, was nominated for the Best Foreign Language Oscar earlier this year. Considering the majority of the movie is just a few guys floating on a raft fighting their environment to survive, it certainly had to rely on VFX wizards to pull off that which they’d never actually be able to safely film. The below reel focuses on a few key shark sequences in the film, and doesn’t even show one of the film’s most impressive shots (the pull out up from the boat up into the sky and eventually the stars), but it’s worth checking out– especially to see just how much of a difference color grading can make to a film’s look.

This is one of the most impressive VFX reels in the list, but The Great Gatsby has an edge because it’s also the kind of movie you simply wouldn’t expect to have a ton of elaborate movie magic in it. That’s if all you know is the source material, though. If you know Baz Luhrmann directed this, then you’re already expecting plenty of stunning, larger-than-life set pieces.

The Wolf of Wall Street

Yep, Martin Scorsese’s dark comedy about financial criminals does indeed have its fair share of visual effects in it. You can’t really make a big movie these days without dabbling in digital work, even if it’s for something as seemingly mundane as changing the exterior walls of a house. This is the kind of stuff that’s designed so you never even realize it’s CGI in the first place.

As with Stalingrad above, most people won’t actually be able to see James Gray’s The Immigrant until the Weinstein Company releases it some time in 2014 (hopefully, that is; the studio has been known to hold on to a film for awhile). This isn’t a sprawling war story with tanks and planes, though. It’s a small, personal drama set in Manhattan… in 1920, that is. The city that never sleeps certainly looked a little different over 90 years ago and this is just a peak at how they brought it back to life.

This is a particularly nerdy reel because it focuses exclusively on just one aspect of Iron Man 3: Tony Stark’s elaborate heads-up displays that he sees inside the Iron Man suit. If you can appreciate a good user interface, though, you’ll dig this.

Like the Iron Man 3 video above, this Oblivion montage shows off all the cool graphical interfaces that Tom Cruise and Andrea Riseborough interact with throughout the movie. It may not be as intense as re-creating a Russian war, but all these flourishes help paint the future of the film.

And now we get back to the kinds of visual effects people expect from big-budget movies: aliens, outer space and plenty of punching, kicking and flying. There’s a particular focus here on the battles in Thor: The Dark World, and how the scale (not to mention giant warriors) were created. We actually wouldn’t mind watching these entire fights in their precompleted versions, as it reveals a lot of action you can’t really see during these dimly lit scenes.

Pacific Rim is a huge movie. Just utterly massive. And that’s thanks in no small part to the lengths Guillermo del Toro went to create a world in which people climbing inside giant robots to fight giant monsters actually made sense. There’s a really impressive mixture of practical work that’s complemented by digital backgrounds, and it’s that combination that makes this one of the finest pieces of eye candy to come along in quite some time.

Now You See Me

Now You See Me is a fun heist movie. Having said that, one of the frustrating aspects of it is how impossible the actual magic tricks in the film are in the real world. Sure, we’re not expecting any of them to have been performed by actors in real life, but we might have appreciated it more had they been written so that they were a tad bit more plausible. Still, if you want to see how movie magic made it all possible, check out the below video.