ILP have been busy bee’s lately, have a look at their latest creation for Absolut Vodka and Acne Production.

Important Looking Pirates just finished two Absolute Vodka, full CG spots, for ACNE production. The challenge was to create a photo realistic set featuring a wide range of frozen objects in mid-air. We tried to capture the action and the weight of falling objects.

New interview at Art of Vfx blog by Vincent Frei.

Jonathan Fawkner is working since 10 year at Framestore. He has worked on the most biggest projects of the studio such as V FOR VENDETTA, THE GOLDEN COMPASS or THE DARK KNIGHT.

– Hi Mr Fawkner, how did Framestore came on one of the most excited project of those past years ?
We were contacted in late 2008 by VFX Producer Joyce Cox to pick up non-na’vi shots for Weta Digital and help them out.  We had worked on the Kryptonite Island for SUPERMAN RETURNS and Harvey Two-Face for THE DARK KNIGHT which Cox had previously been involved with.

– What was the sequences done at Framestore ?
Framestore did the sequences at Hell’s Gate, when Jake rolls onto the airfield in his weelchair and gets his first view of Pandora and later when he and the Avatar crew escape in the Sampson, as well as the pivotal scene where Jake meets Colonel Quarritch in the armour bay. 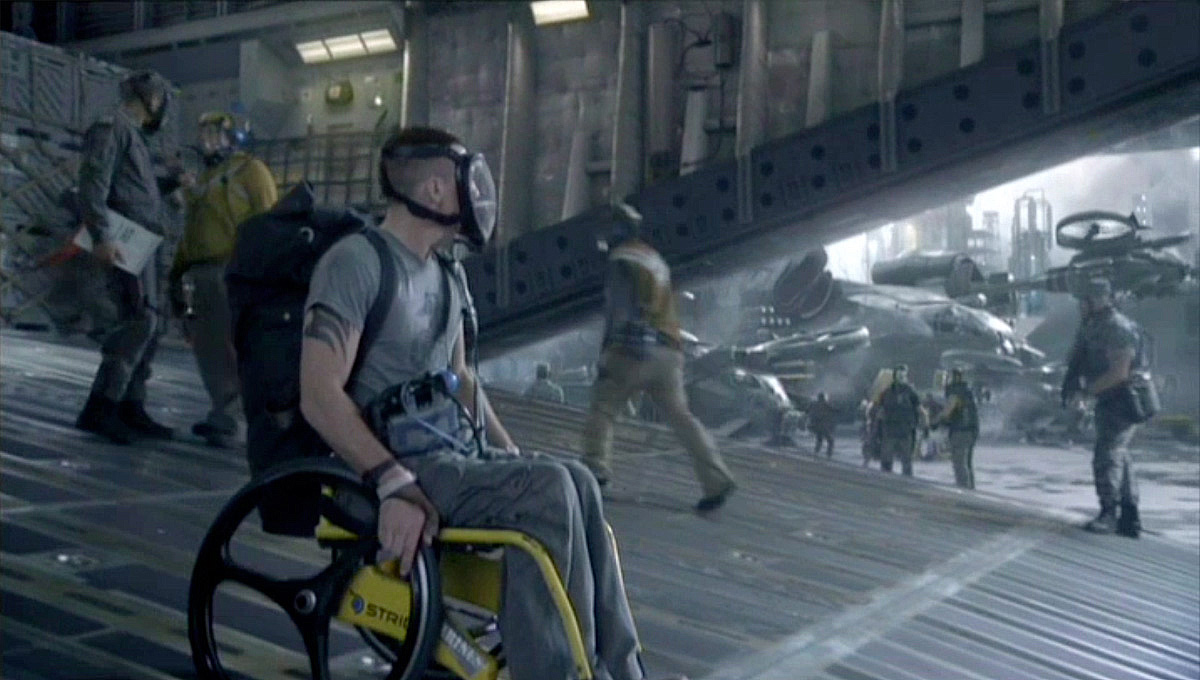 some you seen, some you might not have seen.

Wired.com unveils a series of behind-the-scenes videos for Avatar, nominated for 9 Academy Awards.

Nominations for the 82nd Academy Awards® were announced early this morning by the Academy of Motion Picture Arts and Sciences. For the visual effects category this means the field is now narrowed from seven to these three nominated films:

Avatar and District 9 are also nominated for Best Picture. The Visual Effects branch of the Academy is made up of 290 members, 279 of which are active members and 11 are retired. Academy Awards for outstanding film achievements of 2009 will be presented on Sunday, March 7, 2010, at the Kodak Theatre at Hollywood & Highland Center®, and televised live by the ABC Television Network beginning at 5 p.m. PT. The Oscar presentation also will be televised live in more than 200 countries worldwide.

For all you Avatar fans: A new article about the work done by Hassan El Youbi – TD Lighting – Weta Digital

Evolving for more than 10 years in the French and European postproduction, Hassan El Youbi worked in the most part of the Parisian studios as Mac Guff, Sparx or Duboi. He joins the teams of Weta Digital in summer 2008 for AVATAR.

– Hi Hassan, can you explain us your course??
I’m a self-educated person in artistic domain. I headed for CNBDI Angoulême to have CG specialization in 1994.
My experience, I acquired it in different Parisian and European companies such as MacGuff or Duboi…

– How did you arrived on one of the most expected movie of these last years??
Between two productions in Paris, I decided to fill the recruitment page of Weta Digital.
I was definitely far from suspecting that I went working on such quickly AVATAR, at this moment THE DAY THE EARTH STOOD STILL and LOVELY BONES were under way.

The Art of VFX » Archive for Digital artist.

For all you Avatar fans: A new article about the work done by BUF in France on Avatar from the new interesting blog Art of Vfx by Vincent Frei

Mathilde Tollec entered at BUF in 2004. She became visual effects supervisor on the film RICKY and she has just ended the supervision of AVATAR.

– Hi Mathilde, can you explain us your course?
After a degree S, I studied computer graphics during 4 years in Supinfocom Valenciennes.
After the getting my certificate, I postulated in BUF.

– How did you arrive to BUF and what films did you supervise there?
Lasting during my third year in Supinfocom, I made my training period at BUF, I right away loved this company, that’s why I went back to it next year.
On my arrival at BUF I worked first during 1 years on advertising, then on films: “2046″, “MY ANGEL”, “BATMAN BEGINS”, “HARRY POTTER AND THE GOBLET OF FIRE”. I supervised some advertising and then some sequences on films such as “SILENT HILL”, “THE PRESTIGE” and “BABYLON AD”. Finally, I supervised the film “Ricky” directed by François Ozon.

New 2d animation for K-rauta by Alphabetical order via Acne.

Intersesting interview the founder and maker of After effects, Peder Norrby.

I recently sat down with Peder Norrby, the maker of Trapcode, at his apartment in Stockholm Sweden to talk about how Trapcode got started.

more about “Interview with Peder Norrby of Trapco…“, posted with vodpod
Warning: Illegal string offset 'custom_page_theme_template' in /storage/content/27/2008927/vfxsverige.com/public_html/wp-content/plugins/custom-page/custom-page.php on line 345

Jan 28, 2010 – In part 3 of our series on Avatar we talk with Dana Batali from the Pixar Renderman team and Christian Kaestner, compositing supervisor from Framestore.